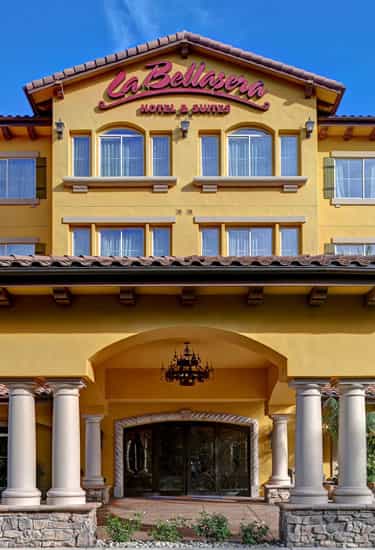 At La Bellasera Hotel & Suites, we pride ourselves on creating a warm and inviting atmosphere for all of our guests, a place where you are greeted by name and feel like family during your stay. From our Tuscan inspired design, focus on hospitality and desire to give back to the community we are a part of, we like to think we do things a little differently than a standard hotel.

In the early 80s, our owner and developer, Kevin, drove through Paso Robles with his young family, hoping to find a hotel room along the Central Coast. To his surprise, everything in town was booked. One of the local hotel owners lent them blankets to sleep in their car outside of the hotel for the night. Kevin always wanted to become a hotel developer and that night he knew he would return to Paso Robles to open his own hotel.

In the 1990’s, Kevin was eager to realize his dream of becoming a hotel developer and returned to the beautiful wine region of Paso Robles and the Central Coast. He took a road trip up the coast of California with his oldest daughter, who at the time was 18. In 2001, he purchased a plot of land off of HWY 46 & State HWY 101. The land sits in the heart of the Paso Robles wine country, centrally located to all of the wineries of both the east and west side. At this time, the number of wineries in the region had grown from 10 in the 1980's to 30. Today, Paso Robles is home to over 200 wineries. Kevin then replotted the land into two parcels and opened the Hampton Inn & Suites in 2003, winning Hiltons “Best Hampton of the Year” design award. While very proud of the Hilton Brand Hotel, his dream was still to have his very own boutique hotel.

The wine varietals originally cultivated in Paso Robles were brought over from Europe beginning in the 1790’s, more specifically the Italian, French, and Mediterranean regions. “We wanted to develop something really beautiful and meaningful, something rooted in the history of Paso Robles” said Kevin, the hotel's developer. This was the inspiration for the hotel's Tuscan Italian and Mediterranean elements, which work together to create a simple and romantic aesthetic, similar to those of Southern European cultures. Our hotel features warm tones of rich yellow, olive, and cream, as well as the extensive use of natural stone materials, low pitched clay tile roof with exposed wood rafter tails, ceramics, elegant arched wrought iron windows doors and railings, patio murals, water features, open-air balconies and terraces, and other furnishings of the Tuscan theme.

Kevin’s vision was to create a boutique hotel drawing from Mediterranean influences and Tuscan architecture. The boutique hotel would be one of a kind and named La Bellasera or “Beautiful Evening” in Italian. Construction finally began in 2006 and was completed in 2008. La Bellasera opened during a rocky time in the US economy but survived the storm and came out thriving. The summer before opening La Bellasera, Kevin and his family rented a house near the hotel and assisted with the development. The night before the grand opening, Kevin, his wife Margie, and family helped get the hotel ready, making beds, and cleaning rooms until early in the morning. This is still one of Kevin’s favorite memories to this day. 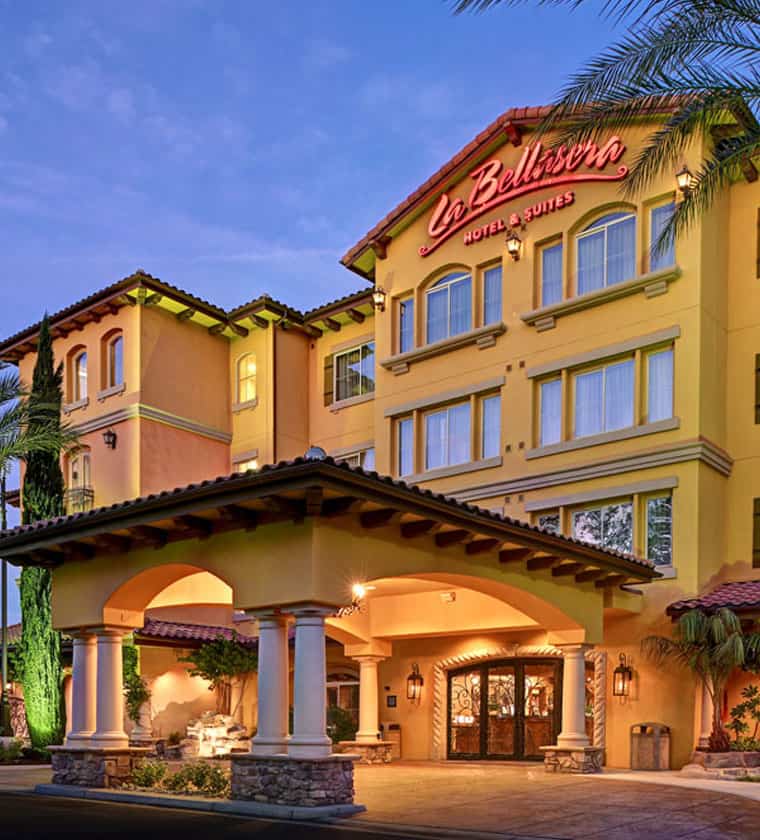 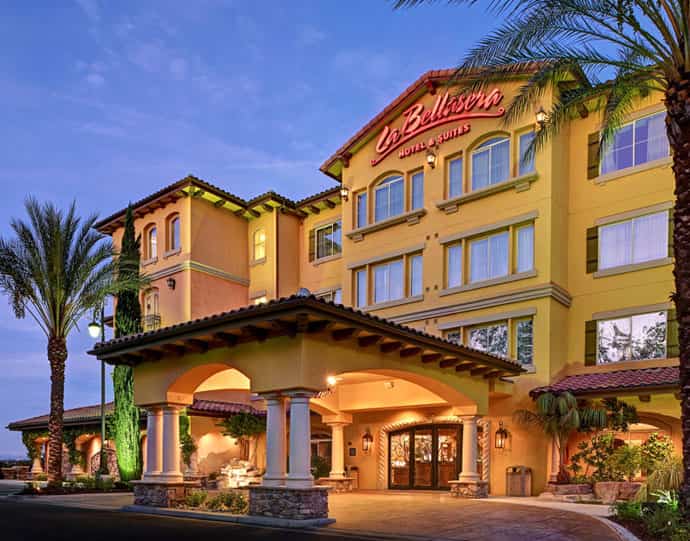 La Bellasera has become a place guests cannot wait to come back to. Celebrities are known to stay at the hotel, and it has become a favorite of many musicians that perform at the Midstate fair. The in-house restaurant, Enoteca Restaurant & Lounge, or the “Wine Library”, as some like to call it, is popular among locals and guests alike. Our chef serves only the highest quality meals and our in-house sommelier suggests the perfect wines to pair with your dinner. Today, La Bellasera is still a family owned business, run by Kevin Bierl and his three children. 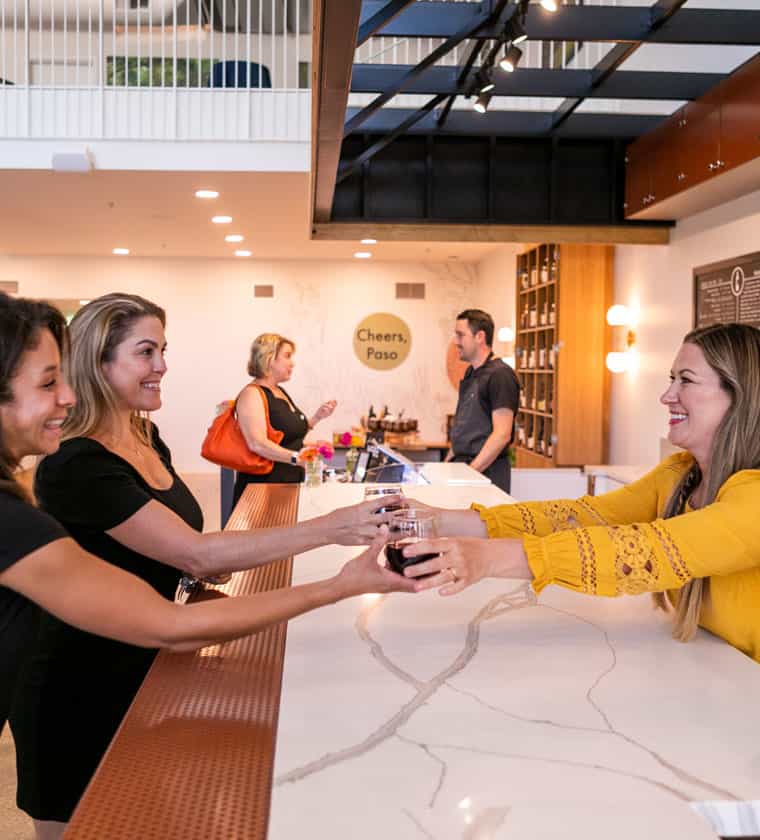 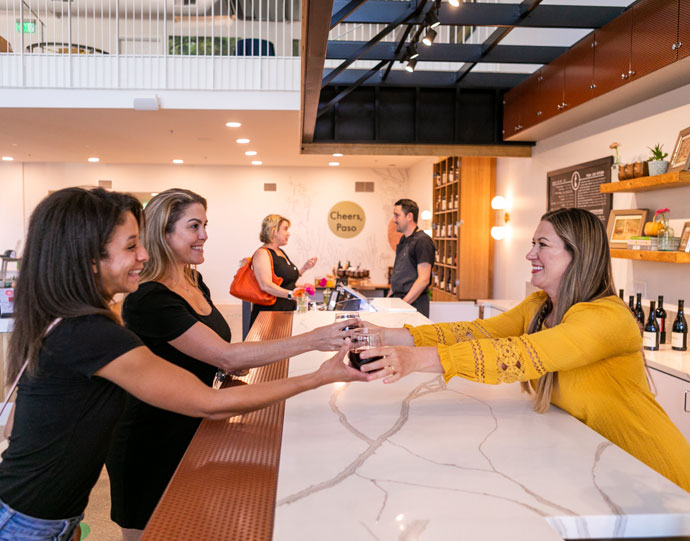 Giving Back to the Community

Kevin’s love for Paso Robles went further than its wine and climate; he fell in love with the community and wanted to help other businesses flourish. Kevin initiated an alliance among all of the local hoteliers and wineries in the area and proposed his idea of a “business improvement tax” to the group. Revenue from the tax would go to promoting Paso Robles tourism. The group liked the idea and proposed the idea to the city. The tax was implemented the following year. The tax has generated over $11,700,000 for Paso Robles and resulted in the formation of Travel Paso.

Winemaking and wine grape growing was introduced in Paso Robles by the Franciscan Missionaries that consisted of doctors, lawyers, cobblers, tailors or musicians that began growing at the Asistencia located on the Santa Margarita Ranch.

Dr. Stanley Hoffman, under the guidance of U.C. Davis and legendary enologist Andre Tchelistcheff, planted some of the region’s first Cabernet Sauvignon, Pinot Noir and Chardonnay on his 1,200 acre ranch.

The Paso Robles AVA expanded by 52, 600 acres to include plantings in the western hills’ region.

More than 100 acres of Rhone varieties from France were planted.

Gary Eberle and Cliff Giacobine planted 700 acres, including the first modern commercial acreage of Syrah in the state and established Estrella River Winery, the largest winery in the Paso Robles area and later in 1988 by Nestle/Beringer.

Justin Vineyard & Winery’s Bordeaux-style ISOSCELES named one of the top 10 wines in the world by the Wine Spectator.

The Paso Robles AVA expanded by 2,635 to extend its southern border.

Join our newsletter for free access to our downloadable local area guides to get the most out of your stay in Paso Robles and make sure to select "Dine & Drink" or "Wineries & Attractions" below for updates and specials on the best attractions, dining and events all year.